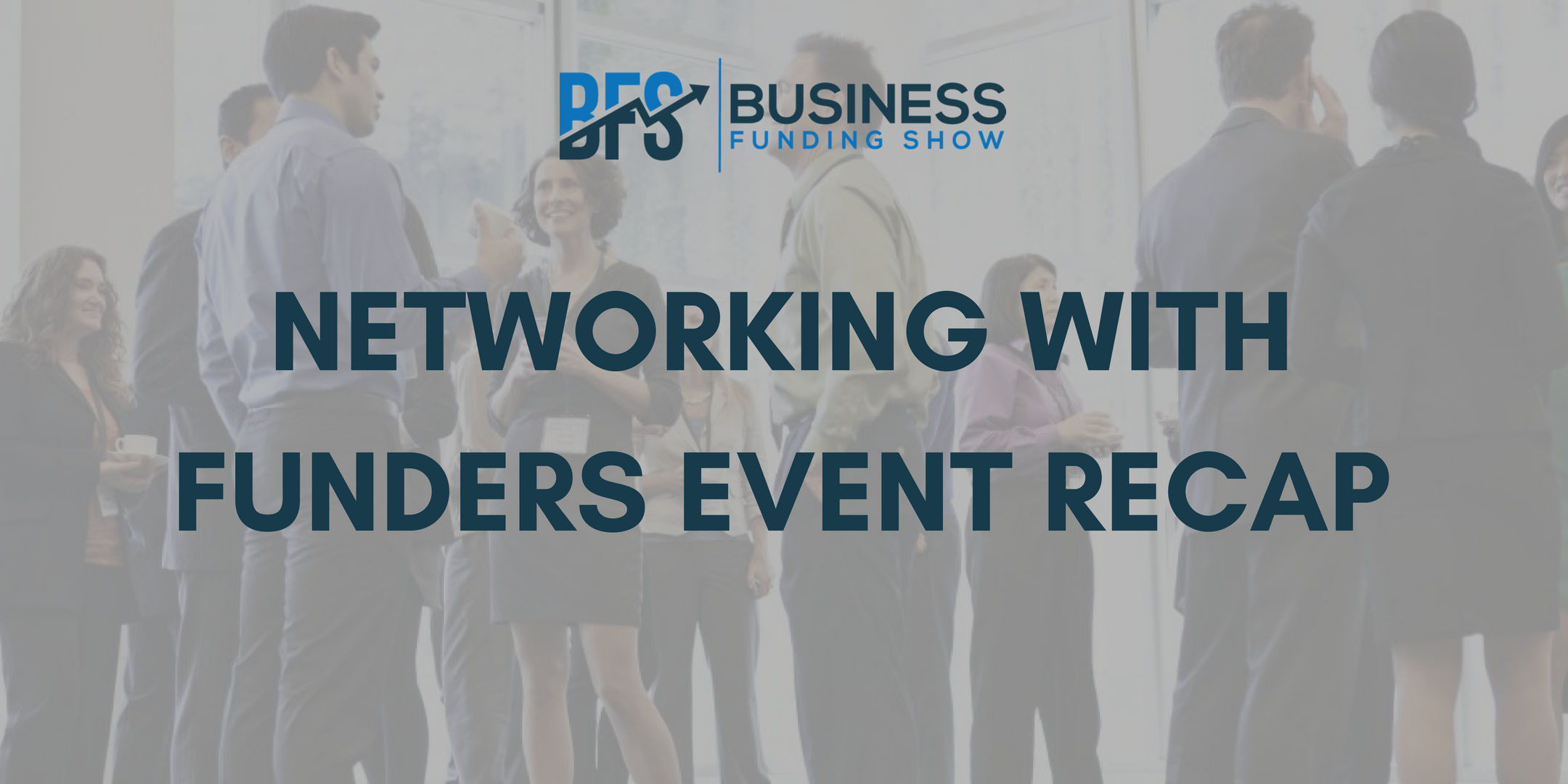 Our quarterly Networking event turned out a success once again! It was truly one to remember thanks to our special guest Anne Boden, founder of Starling Bank – a fintech phenomenon and winner of the 2018 Best British Bank Award, which has truly taken the industry by storm. No doubt, our attending entrepreneurs had a lot to learn from what Anne had to say of her journey, and the current state of the startup ecosystem.

We also had a number of showcasing businesses, representing a wide range of sectors, as well as presenting investors and service providers, including crowdfunding platforms, BA networks, VC firms and accelerators. A perfect blend for a big night of networking opportunities!

Following the financial crisis, Anne saw how technology, regulation and people had changed - but banking remained the same. ‘After 30 years in the banking world, I knew that the best way to develop a bank which would deliver the latest technology to really benefit people was to build a new one - from scratch’. Since mobile phones are the foundation of Starling, it is not encumbered by all the traditional costs of running physical branch operations. This leaves more room for innovation.

‘Because we have built our infrastructure from scratch, other fintechs can also use it - we’re part of a movement!’ There is certainly a greater ecosystem of financial technologies out there, with challenger banks like Monzo, Atom, and others (some soon to get their banking license, e.g. Revolut) slowly becoming mainstream, and incumbent banks having to play catch up as far as innovation is concerned. ‘Everything is digital’ says Anne, ‘We were the first UK retail bank with 100% cloud based technology - technology is at the heart of everything we do’.

When it came to the hot topic of Brexit, unsurprisingly, Anne confirmed that it was a big disappointment for Starling; ‘As a company with global ambitions, Brexit is something which hinders our growth to a certain extent, and I think most companies out there feel the same way – it’s just something we have to work around’.

Inevitably, the topic of cryptocurrencies also came up, and there Anne admitted that she was at first very doubtful of the phenomenon; ‘If you asked me a few years ago I would have said I wanted nothing to do with them’. Sure enough, Anne has now changed her mind, and thinks that cryptocurrencies are ‘becoming mainstream’, and have their place in the fintech arena.

There is no question that Anne is an inspiration to all, especially to women around the world. However, she is careful to point out that she is not the first: ‘There has already been a woman who started her own bank before me!’. She is convinced that women are capable of greatness, but it is clear that certain things have to change…

‘We have to stop trying to fix the women; there is nothing wrong with them – it is the system we have to change’, assured us Anne. And indeed, fixing a system which allows women to be assessed on different criteria than men is the first step to making sure that we achieve greater diversity in the technology and banking sectors. ‘Right now it is definitely tougher for us, but we are more resilient... So for all women entrepreneurs out there: just keep on going!’

Anne has successfully broken the glass ceiling, raising the biggest ever seed investment in Europe: a whopping £48 million from a single investor, after a 2 year search. ‘I know it’s not easy!’, she said to our attendees, referring to raising funds. She however assured that determination is key: ‘After the banking crisis, rarely anyone wanted to back new ventures, let alone banks! But if you really believe in the usefulness of your product or service, soon enough people will realise that you have something which solves a big market problem’.

Many, many investors will reject you – but you only need one of them to say yes, and the rest will then be history. ‘I attended many event like this when I was trying to get funding’, Anne pointed out; ‘It takes time and effort, but you need to keep at it, and you need to continuously let people know what you do!’

We then moved on to our showcasing companies:

-      Yourkeys – a company which removes the hassle of buying and selling property.

-      Evershare.io – a platform where music fans can invest in artists, aiming to revolutionise the music industry.

-      Toddle - skin care products for young kids that are both highly practical and natural.

-      Me:now – an app where appointments for hundreds of businesses are at your fingertips.

-      UniZest – address the problems that international students have in opening bank accounts after they arrive in the UK with their Aspire account.

-      Dominium – the world’s first global property platform on the blockchain.

-      Chewymoon – delivers delicious, healthy snacks for all kids! 100% natural and created by nutritionists

Bearing in mind most of them are tech-based, no doubt they listened very intently to Anne’s advice. We can see here a microcosm of societal problems which many startups are indeed trying to address through technologies – be it in the property, finance or food sectors.

Taking advantage of blockchain (Dominium) is a raising trend we see in today’s businesses, as well as targeting traditionally underserved parts of society (UniZest), or re-thinking industries entirely (Evershare.io). We need a surge of new innovations like these, to challenge the status quo, in the same way that Anne did within the banking industry.

Last but not least, our investors introduced themselves!

·     We had crowdfunding platforms: Crowd for Angels, Seedrs & Crowdcube, who offer a range of investors on their platforms – from ordinary people to sophisticated, high net-worth individuals.

·     We also had Business Angel networks SyndicateRoom, Envestors & Startup Funding Club, syndicates where both businesses and investors are carefully vetted, to ensure the highest standard for both parties.

·     Debt: Sancus & Spotcap, who focus on business loans, and Market Invoice, who specialises in invoice finance.

With a huge turnout, we hope that our networking event was useful to all our attendees, and we hope to organise many more in the future. A special thanks to our guest speaker Anne Boden, and remember: networking is a key to business success!

Missed this event? If you are in the Deep Tech sector, we have our ‘BFS Advance: Speed-Dating (exclusive for the Deep Tech businesses)’ event coming up on the 18th of September, which you won’t want to miss! Secure tickets here.

The Business Funding Show takes pride in being the only funding exhibition in the UK & EU. Our goal is to educate SMEs about the available funding options and ease the process of obtaining capital, while showcasing the best opportunities for both founders and investors.

On Feb, 21st we'll be hosting our fourth annual flagship Business Funding Show '19 at East Wintergarden, Canary Wharf. The Show will comprise of an exhibition, 1-to-1 investment clinics with leading investors, as well as talks from notable speakers. A few industry leaders that joined us in our panel talks last year were Jenny Tooth of UKBAA, Keith Morgan of British Business Bank, Tim Hames of BVCA, Tim Sawyer of Innovate UK, Goncalo de Vasconcelos of SyndicateRoom and Timothy Poole of the Department of International Trade.

Looking for a cool and cost-efficient co-working space? WeWork is a platform for creators.

They provide you with everything you need to create your life's work - global office space, numerous free perks like beer, cider and a number of the best business events, which are all free for WW members. They're a growing community in London and globally! Become a member and access this extensive network of cool entrepreneurs like yourself via intranet today!

Written by:
The Business Funding Club Team
View All Articles